After my master’s degree in Multimedia, I have started my design career back in 2008 starting my journey as a junior designer with Norwich Union. In those 12 years I have moved my way up the career level to Senior UX/UI design as well as the Java Scalable Vector Animator within the Banking, Local Government, Telecom, Automotive, Technology & Automation and Retail markets. I have broad in-depth knowledge of working within the user-centered end user interactive designs, moving media, visual effects and branding with the personal, business, corporate and enterprise clients.
I have solved & built complex and successful user journeys, prototypes and their hi-fidelity interactive designs for all of my clients and pride myself in providing the best development and guidance to the built and the test processes.
I always dedicate 100% to my projects and bring the hands on experience with-in the agile environment and strive to lead by example. As an artist I always visualise my project to its completion, end-user’s satisfaction and competitive robustness.

• IT Skills: I maintain my own workstations (MacOS & Windows) and I am confident in using all major operating systems

I have recently finished my contract working with Santander UK plc since June 2017, as a UX/UI designer.
I was involved in the creation of the internal and external (customer facing) projects with interactive UX/CX flows, user-stories, static and interactive low-fidelity mockups, developer guides as well as the pixel-perfect final UI designs for the development phase. I was constantly interacting with the product owners, stake-holders, engineers, researchers, managers, developers and testers during and after the built life-cycle of the projects. I was using all available resources whilst defining and implementing best practices in usability testing and maintain documented evidence in an auditable format.

I would like to proudly mention that I am the first designer in Santander to introduce the Scalable Vector Graphic (SVG) animations in the Corporate Banking for the Desktop, Web and Mobile apps.

My main approach in designing any project is according to the Government Design Principles and Google Material Design strategies and convince its benefits to the stakeholders and product owners.

Few of my main projects which I am currently involved are:

I have worked as a UX/UI Designer with the Southampton city council local government in accordance with Capita Plc (Digital Transformation).
My responsibilities here were to modernise various areas of their online portal, including residential & commercial User Dashboard, Fostering Dashboard, user request forms and internal business support portal.
My aim was to challenge the existing customer journeys, simplify the interactive user experience and reduce the operating cost.
I have created & compiled an easy to understand & follow Style Guide for the engineers, developers and testers to maintain the consistency for all the Southampton local government projects. One of the important aspects for all the projects was to enable the user to achieve all the services through a retina ready mobile devices, hence all the designs are initially based on the mobile journey at first.
My approach for all the interactive designs were in the following order: Audience definition, user requirements, sitemap, user experience, storyboard, wireframes, and finally the pixel-perfect user interface. 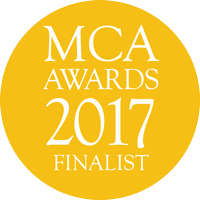 Capita Plc. had been delighted to been shortlisted in 2017 MCA Awards for the work with Southampton City Council.
The digital transformation programme was the finalist in the Digital & Technology category.

This project was to create the interactive user experience for the advertising campaign of Mercedes-Benz two new commercial vans (Sprinter and Citan).
I was the sole in charge of creating the User Journey, Mockups, Animations and then the final hi-fidelity User Interface for the online interactive banners in several different dimensions for both the categories, as well as to make them compatible for Flashtalking for Mercedes-Benz upcoming 2016 advertising campaign. These banners had to be responsively compatible for any (retina ready) mobile device as well as tablet.

Few billboard samples are as follows: 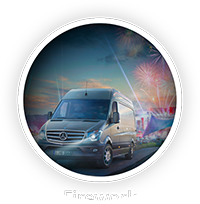 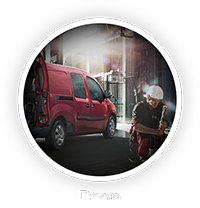 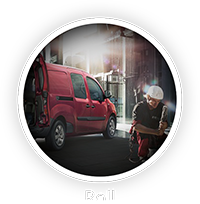 I have worked with Huawei Technologies for their Learning Management System (LMS). My assignment was to completely transform and modernise the customers, employees and enterprise partner’s user experience for their global internal training module.

I have used Balsamiq, Sketch, Zeplin and Axure for the user journeys, storyboard and Lo/Hi fidelity mock-ups, then finalise through Adobe Creative Suite for the development team. 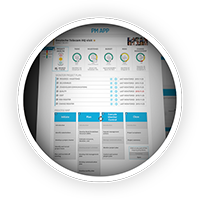 E-Tech consists of a collaborative team of qualified professionals who are committed to serve their clients with a unique personalised service. The company’s core services are Portfolio (Project Management), Technology development & design, Accountancy (Finance & HRM) and Business process outsourcing.

I have worked as a digital multimedia designer for web, moving & print media projects and I was responsible for user experience and user interface, which includes visualising the project through from storyboarding, prototyping, user journeys, user experiences to the hi-fidelity final product.

Value Retail PLC owns nine designer outlet villages across Europe.  I work as a digital graphic designer for all aspects of their online brand. I am responsible for extensive front end designing & updating for all villages (multilingual) websites to portray the luxury appeal of the brands they sell. My work involves designing the interactive wireframe, mocking-up of any project on Axure / Photoshop to understand the end result, web & marketing packs preparation using Adobe InDesign, 2D/3D modelling & animation, designing Flash banners, editing video viral, preparing microsites and email promotions, producing work in different languages for individual markets and collaborating with designers & programmers locally and other digital teams in all of the villages.  I also ensured brand consistency and maintained the highest standards in design, usability and current best practices.

My recent task in the company was to design the complete graphics material for the new village venture in China named Suzhou Village, opened in summer 2013 within the coverage area of Shanghai, Beijing, Guangzhou and Hong Kong.

Responsible for UI Interface/visual design, participated and led the visual design of the web, developed E-learning and CD/DVD authoring by utilising usability guidelines and HCI documents for the project/product, their periodic enhancement and maintenance.

I was also responsible for updating banners, virals and themes for the websites and E-learning materials, creating visual interactive designs by using Adobe packages mainly Photoshop, Flash including action scripting, After Effect, Premiere and Particle Illusion. I also acquired extensive knowledge of importing and exporting information between documents on different platforms, as well as technical knowledge required for CMYK file formats for printers and service bureaus with sophisticated imaging systems. I liaised with analysts and other UI expert teams representing the clients whenever necessary to discuss their requirements via illustrative sketches, mock-ups or storyboards to better understand their demands. I mainly used the Adobe & (former) Macromedia packages to address client’s needs. I worked in different environments including HTML, XHTML, DHTML, CSS2, and Ajax.

Worked as a conceptual and user interface designer for a web-based user customer evaluation tool, writing specifications for user interface implementation and carrying out the user interface development and integration till the final stage of writing texts and producing graphic design to supplement publications such as user manuals, report brochures, etc. I managed graphic projects from start-to-finish, taking briefs from clients, working to budgets, obtaining quotes, designing and overseeing final job print. The type of publications included posters, brochures, cards, logos, leaflets. I was also responsible for editing the Barclay’s full colour magazine, exhibition panels and webpage graphics. I worked alongside professional photographers during new campaigns and product launches. I was also involved in broadcasting multimedia projects such as TV & Radio.

I worked as a Graphic Designer, Story Board Designer and developed graphical assets for projects including redesigning of Norwichunion.com version 2009-10, JVP (Joint Venture project with Royal Bank of Scotland (RBS) & Natwest Bank), designing & testing company intranet, as well as the first build of Aviva website.

I was involved in the transformation of the Norwichunion.com to Aviva in its layout (GUI) & design, portal project & other sub sites of the company using HCI / DDA & usability guidelines. I also designed the storyboard layout for sister concerns such as RBS & Natwest Bank. I completed the prototype & implemented the real-world version as well with the full functionality including AJAX. In the intranet designing process I completed the entire storyboard template, scenarios, concepts, prototypes, graphics, portability (extensive front-end work) & technical risk assessment work along with the proposed solutions. 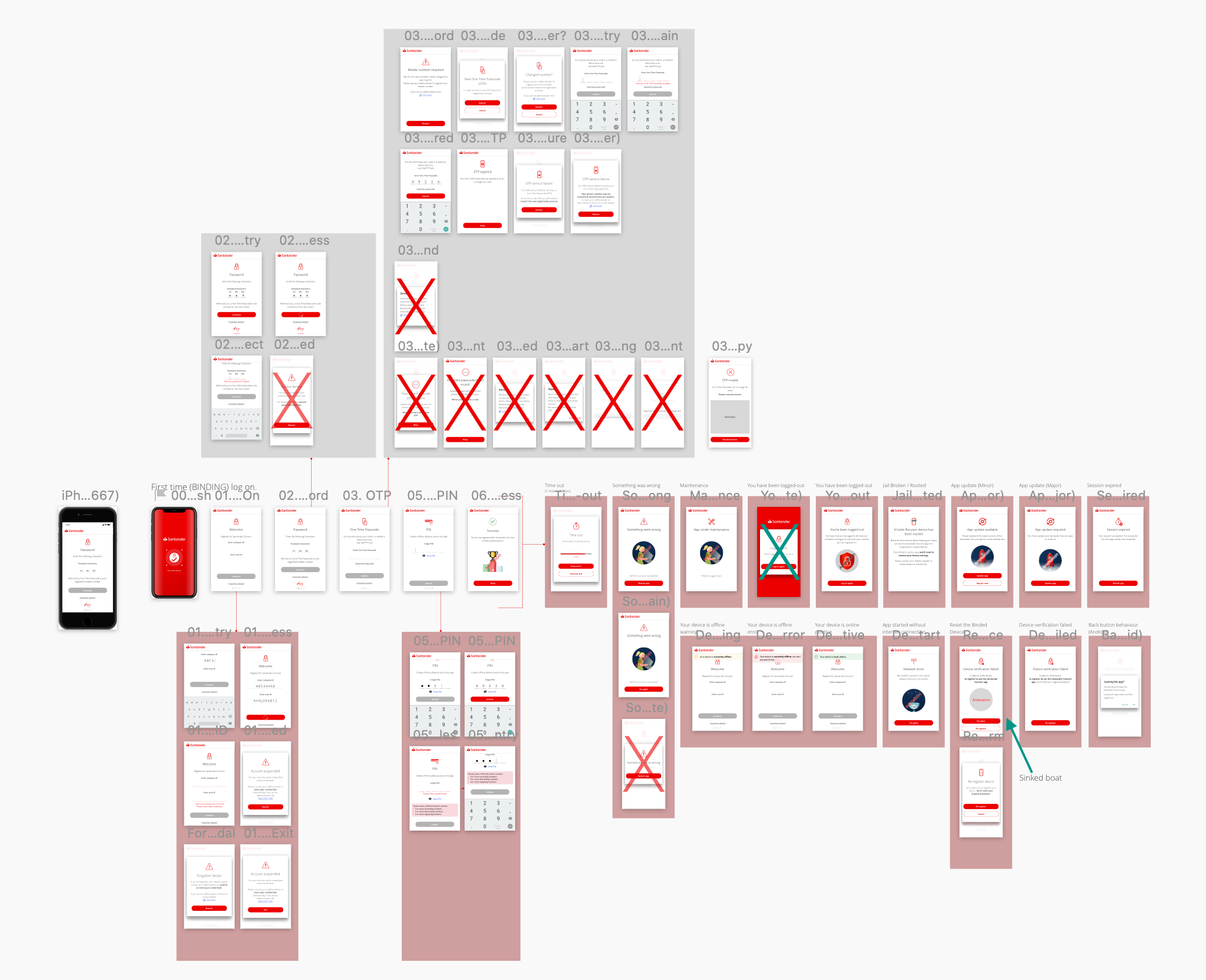 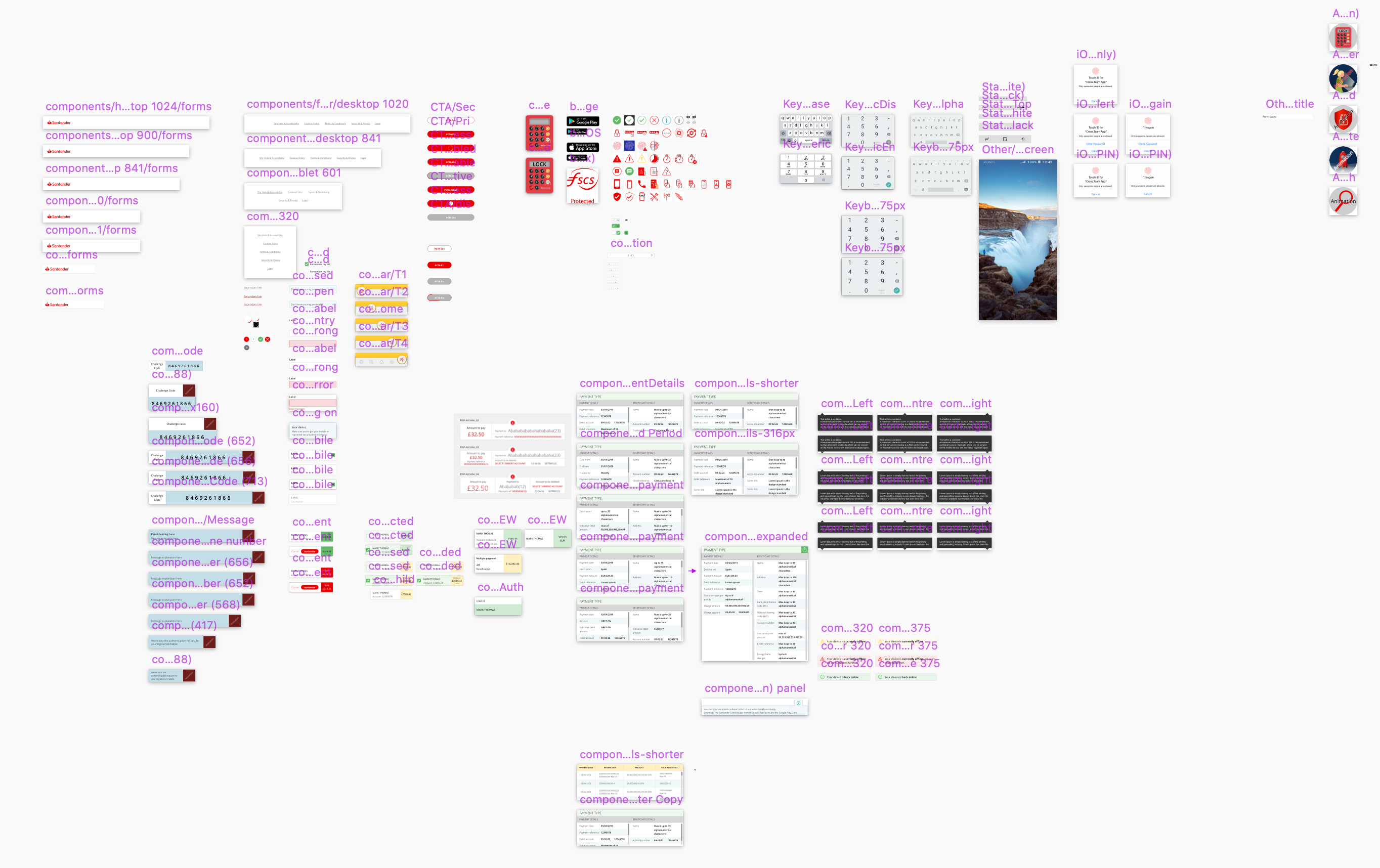 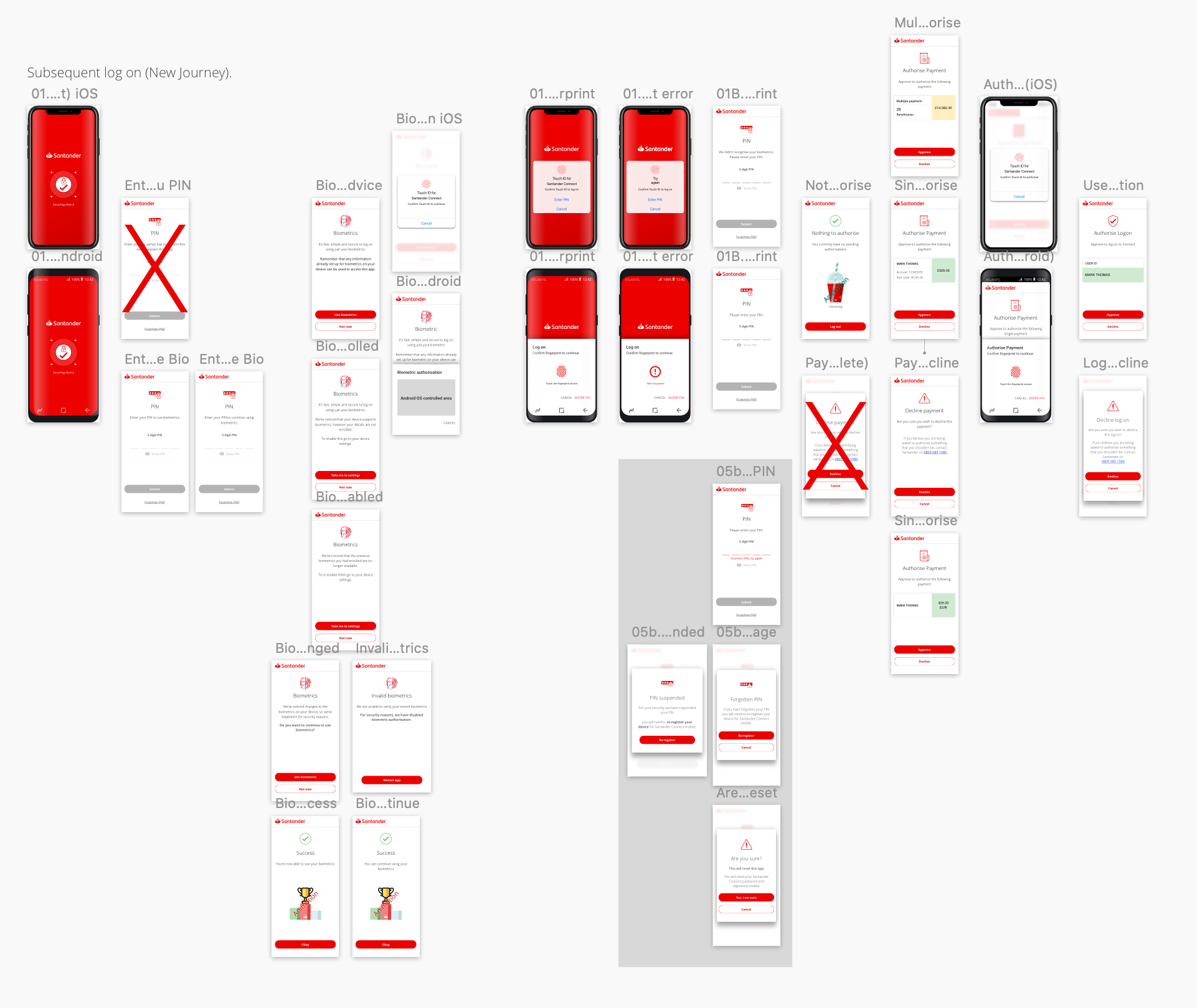 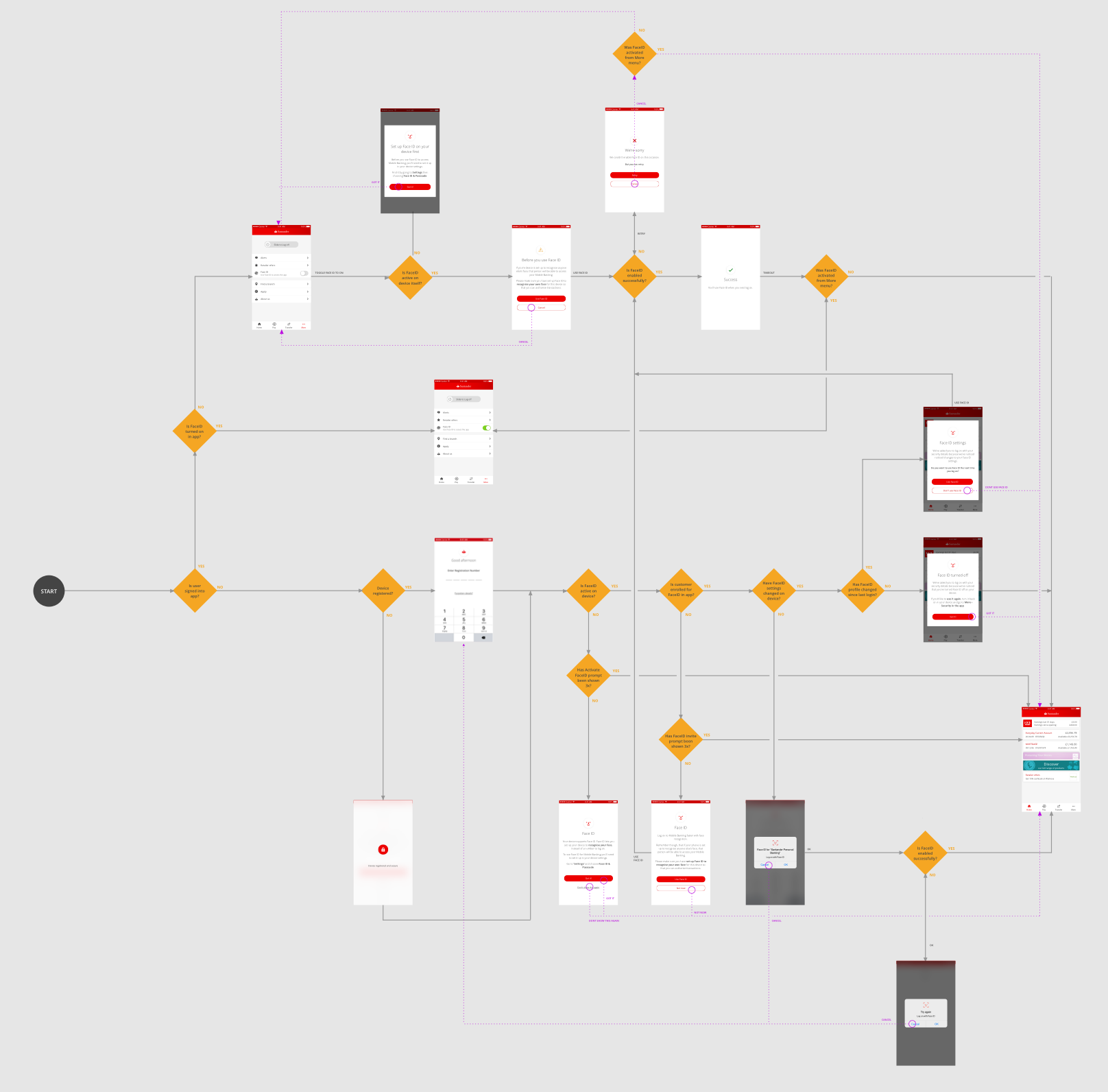 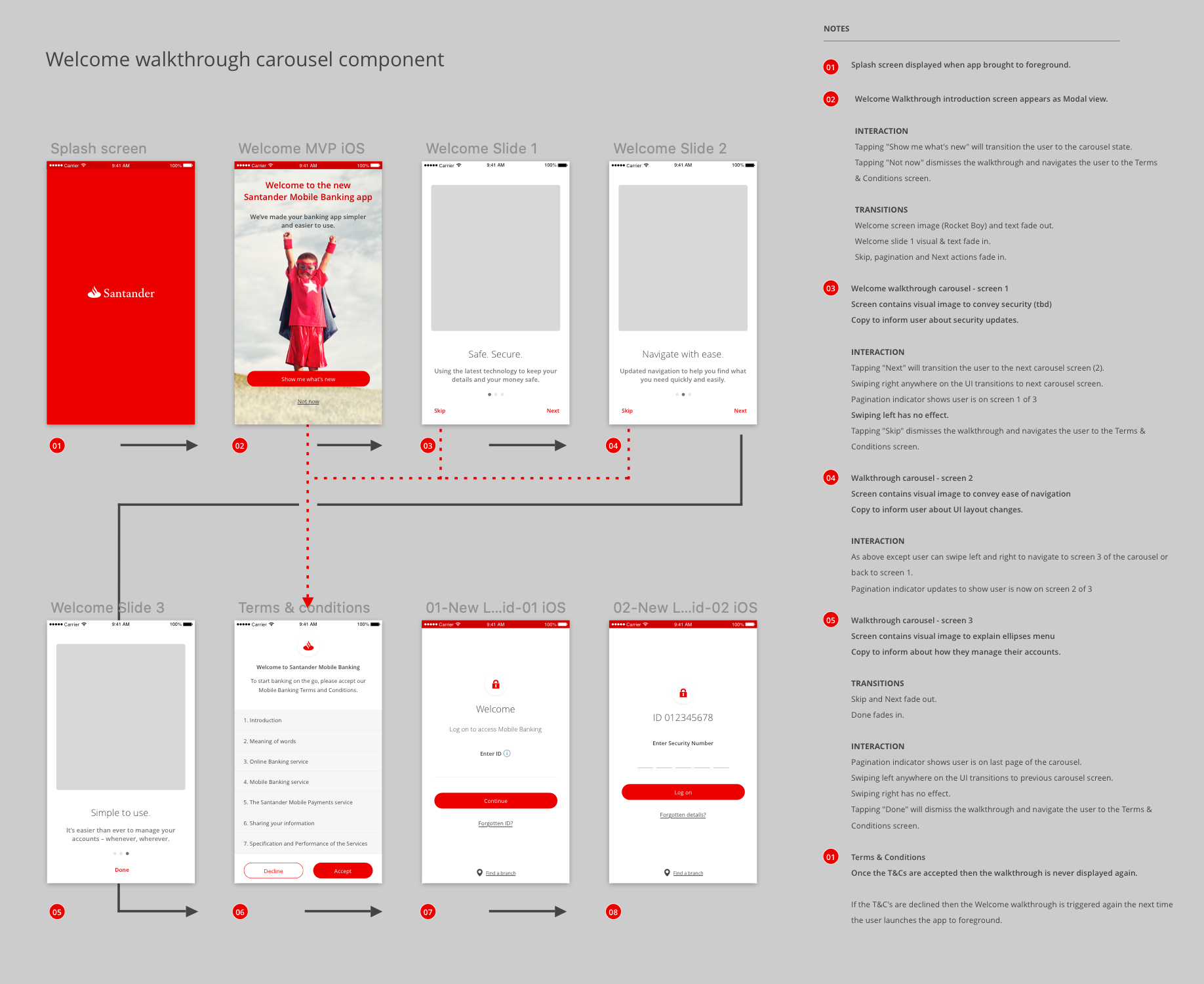 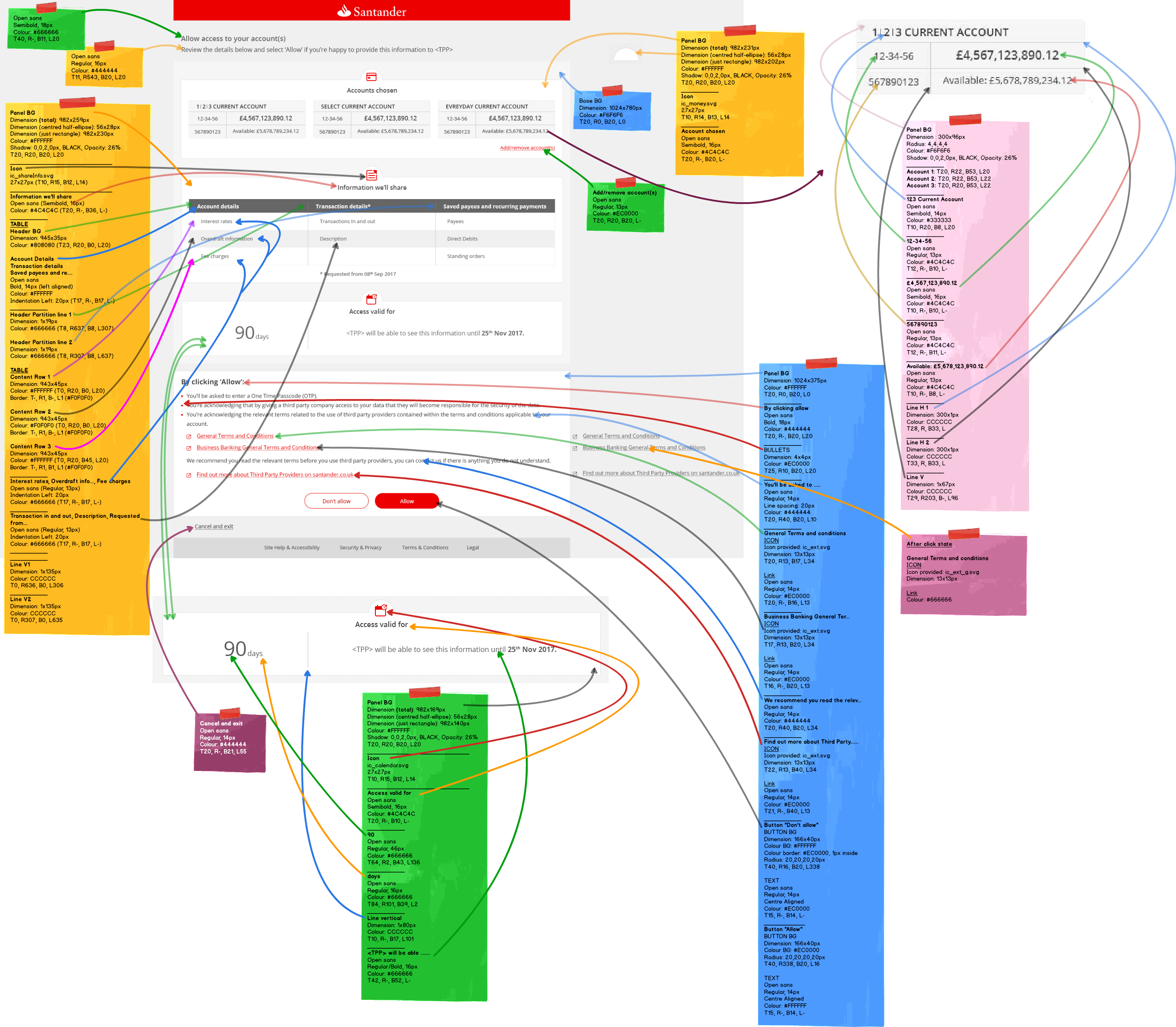 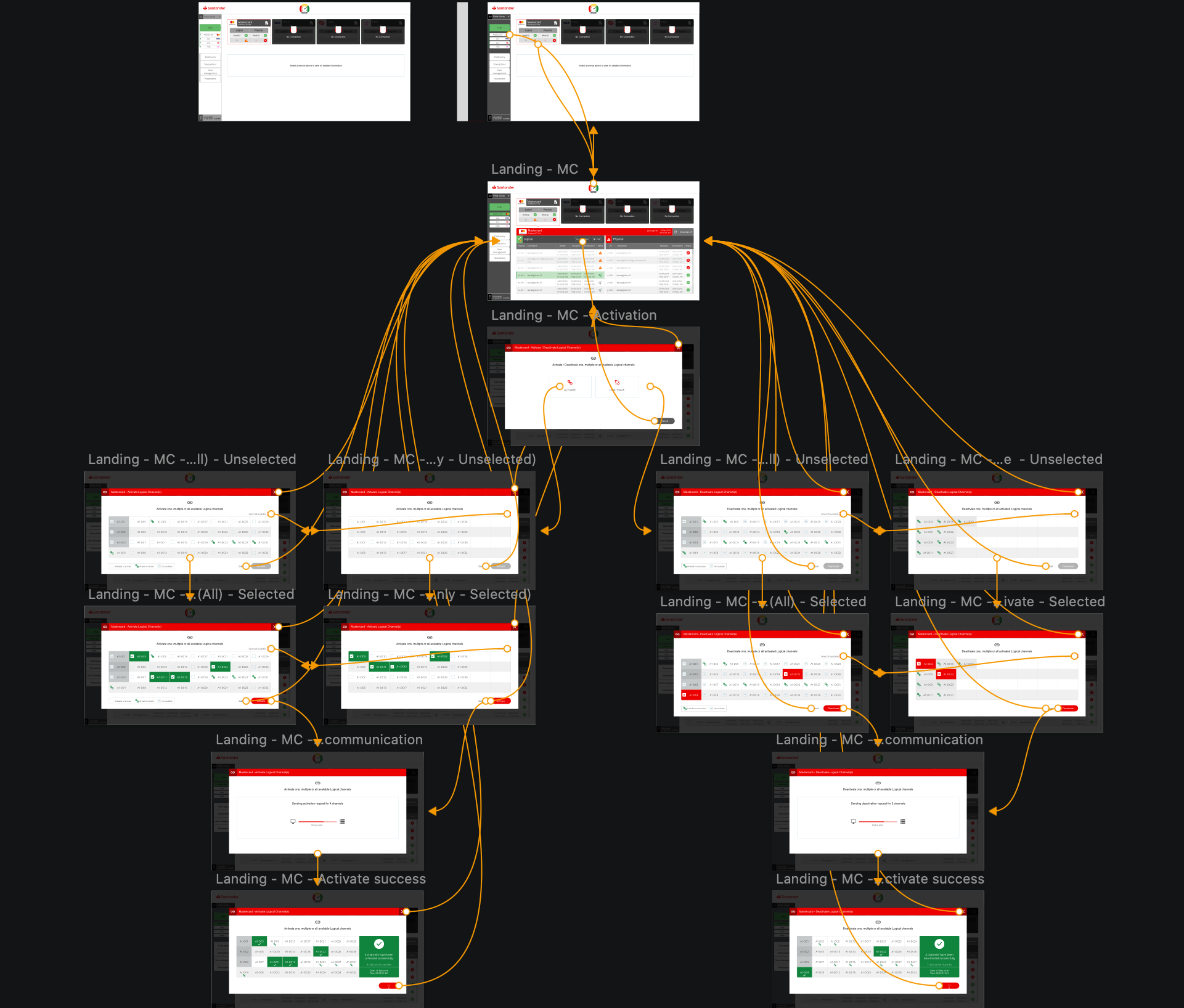 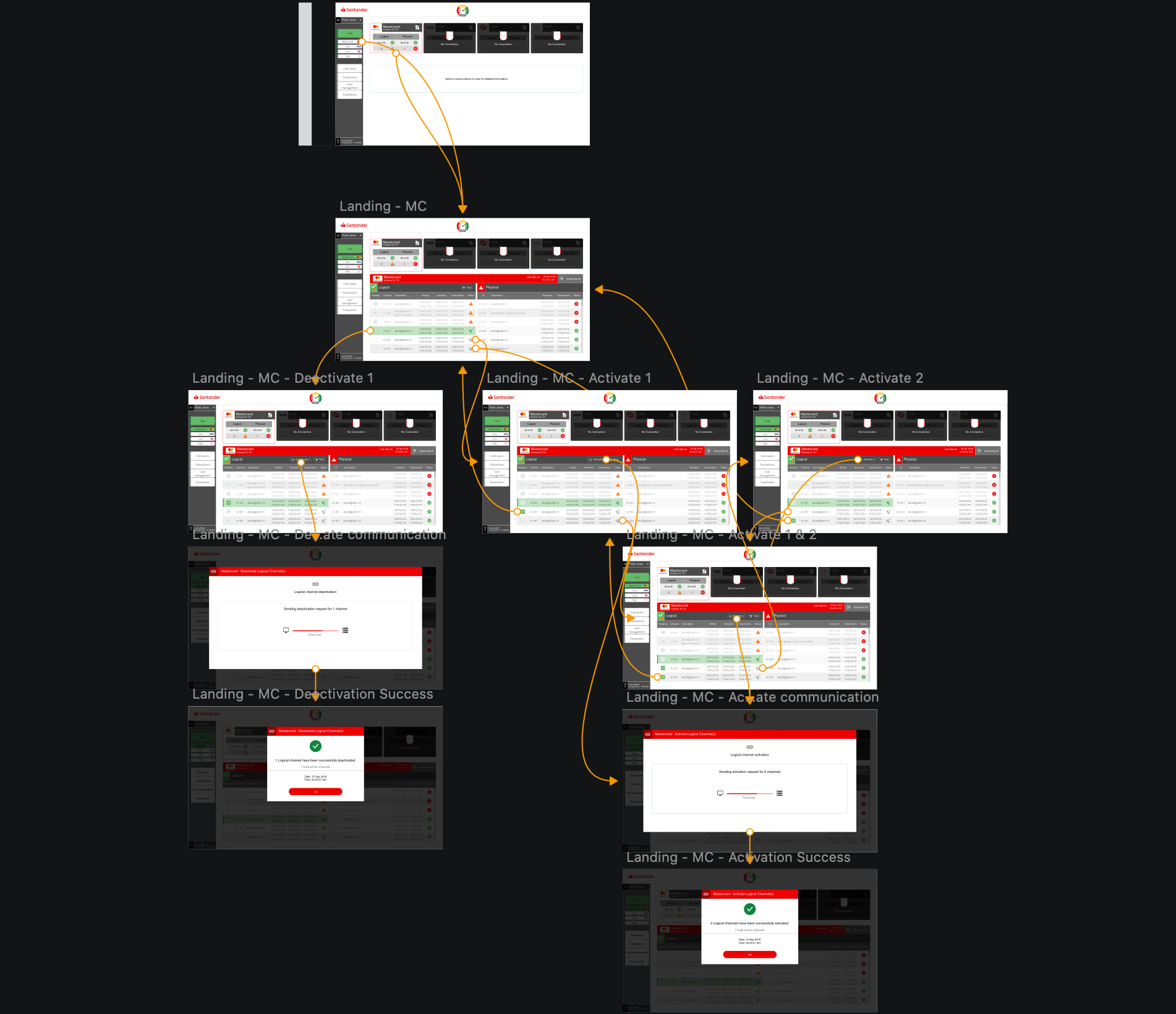 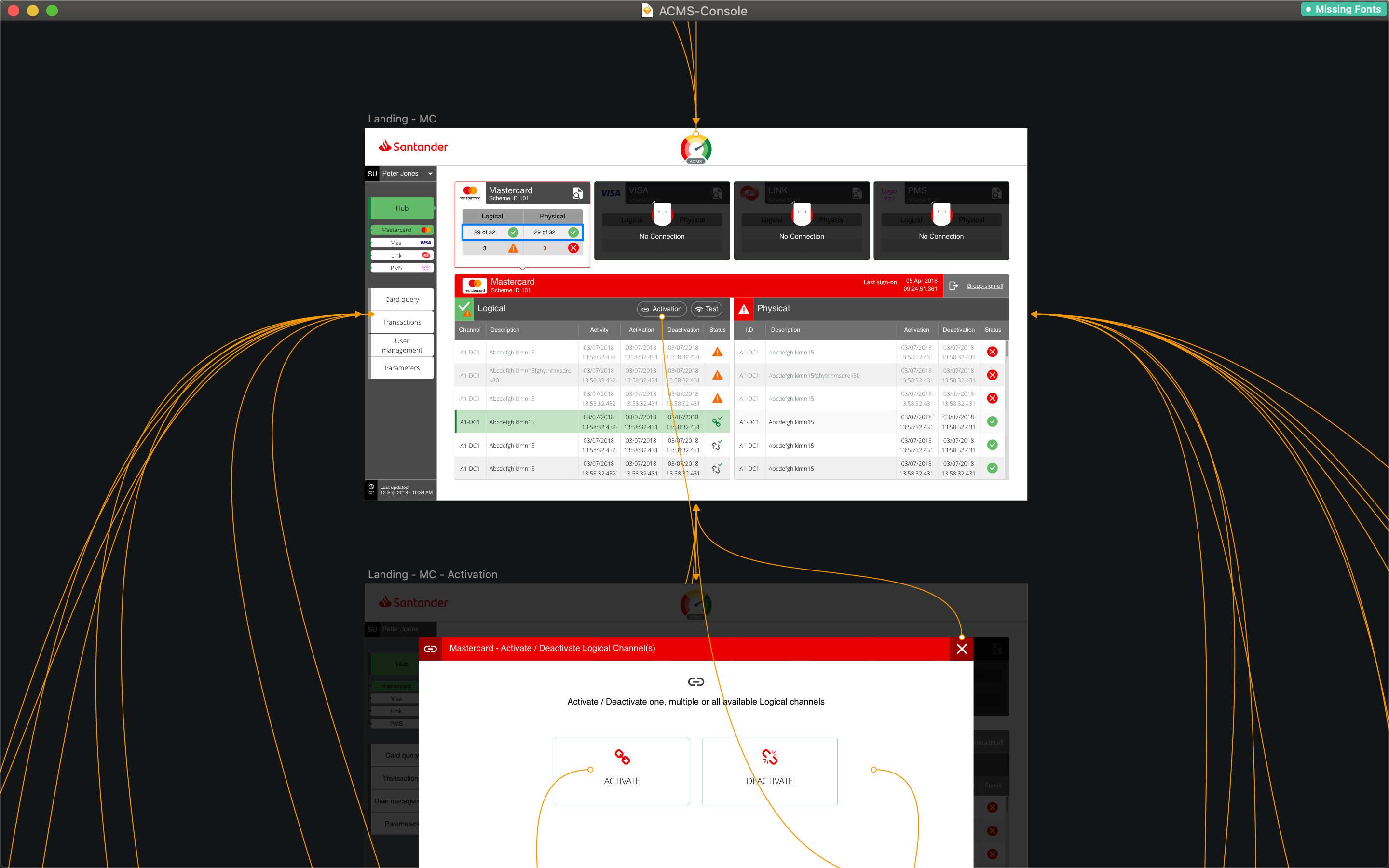 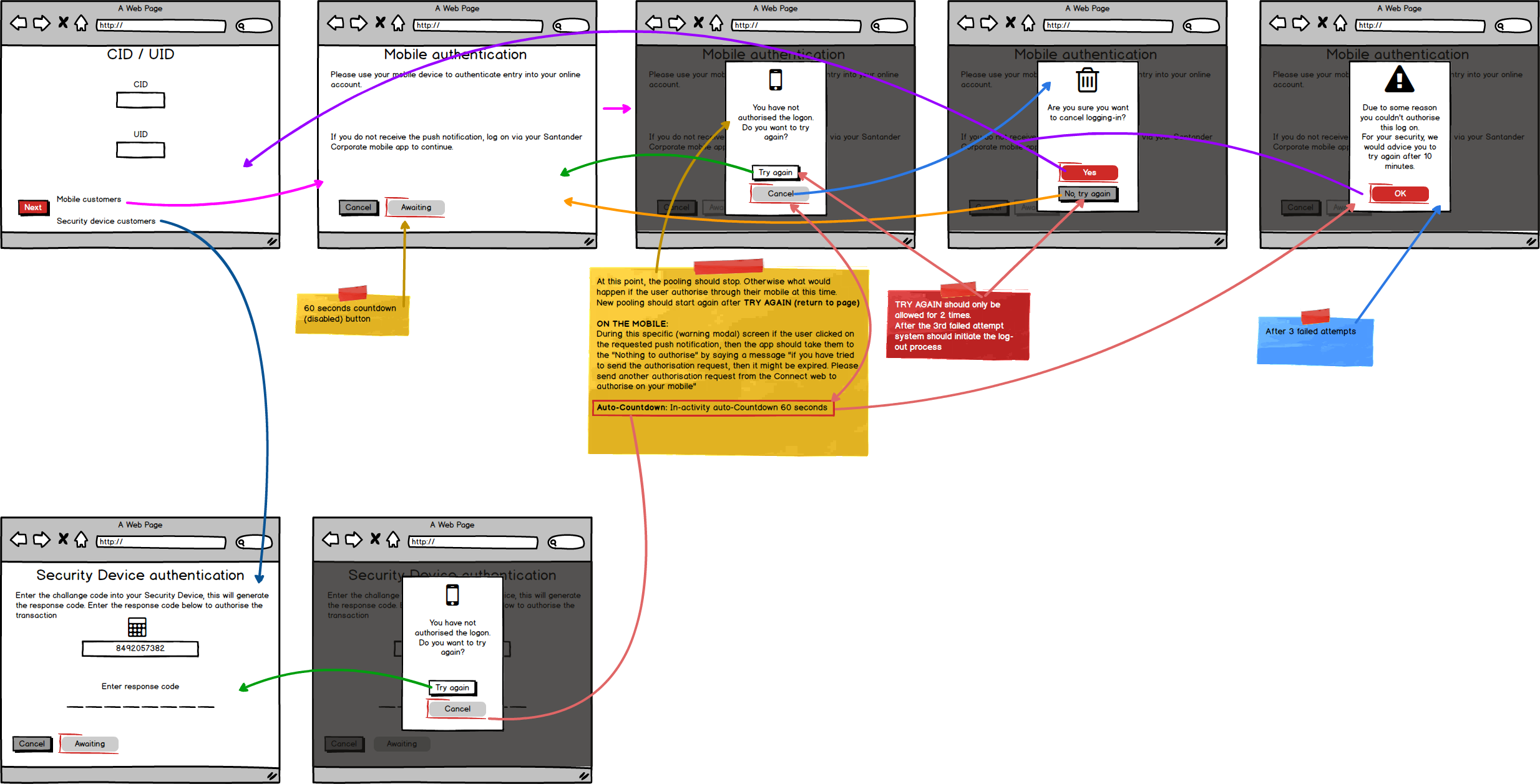 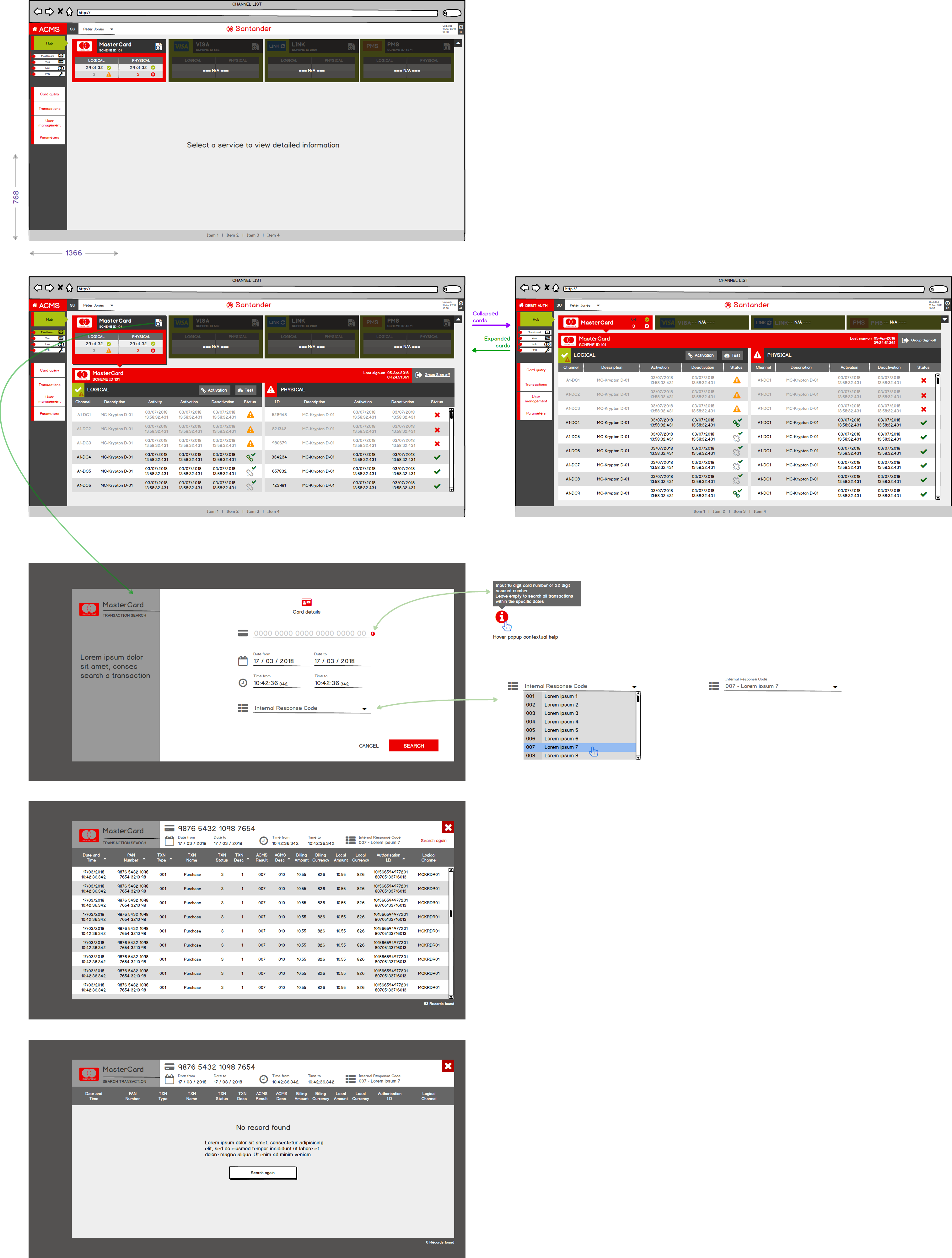 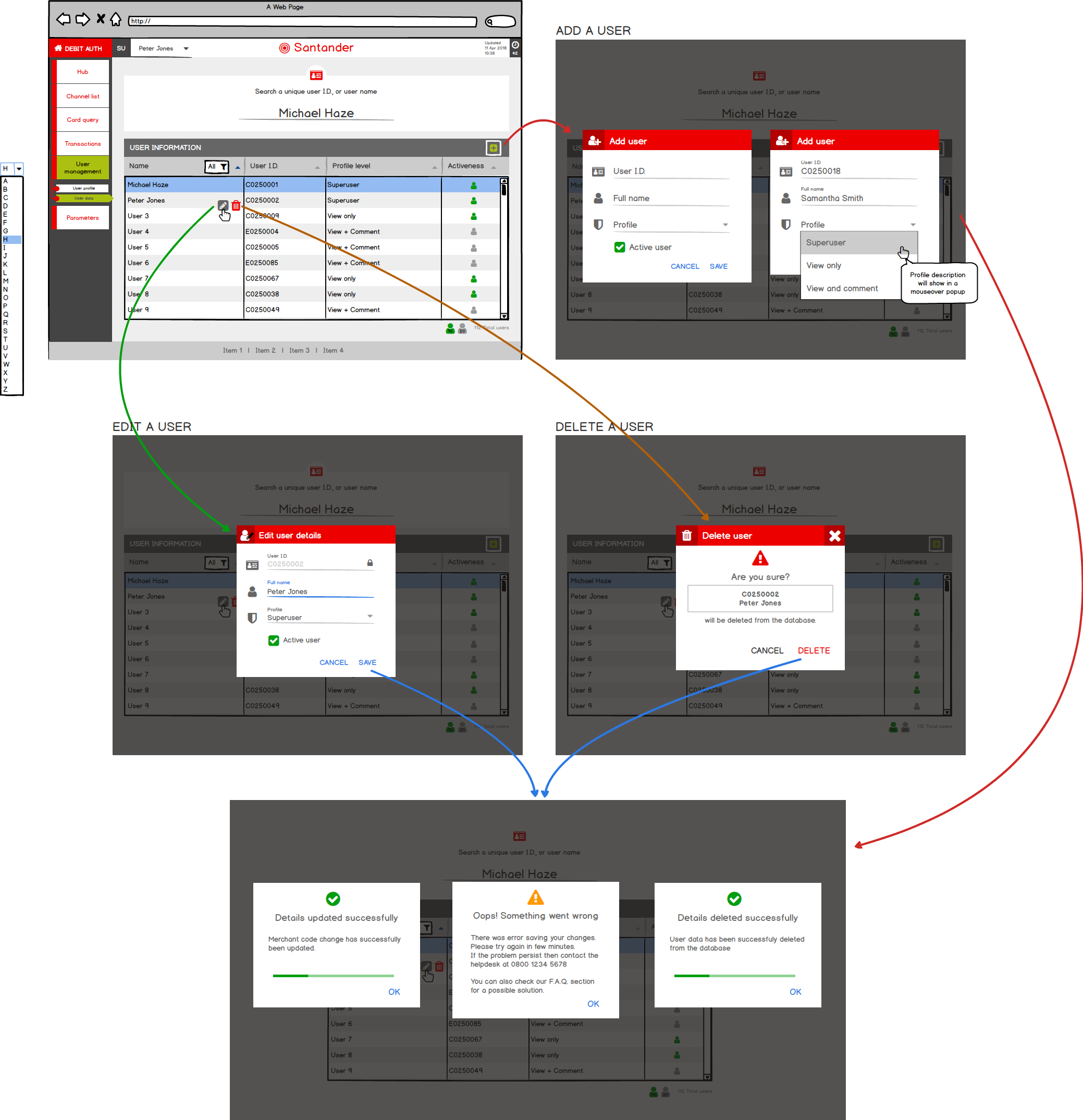 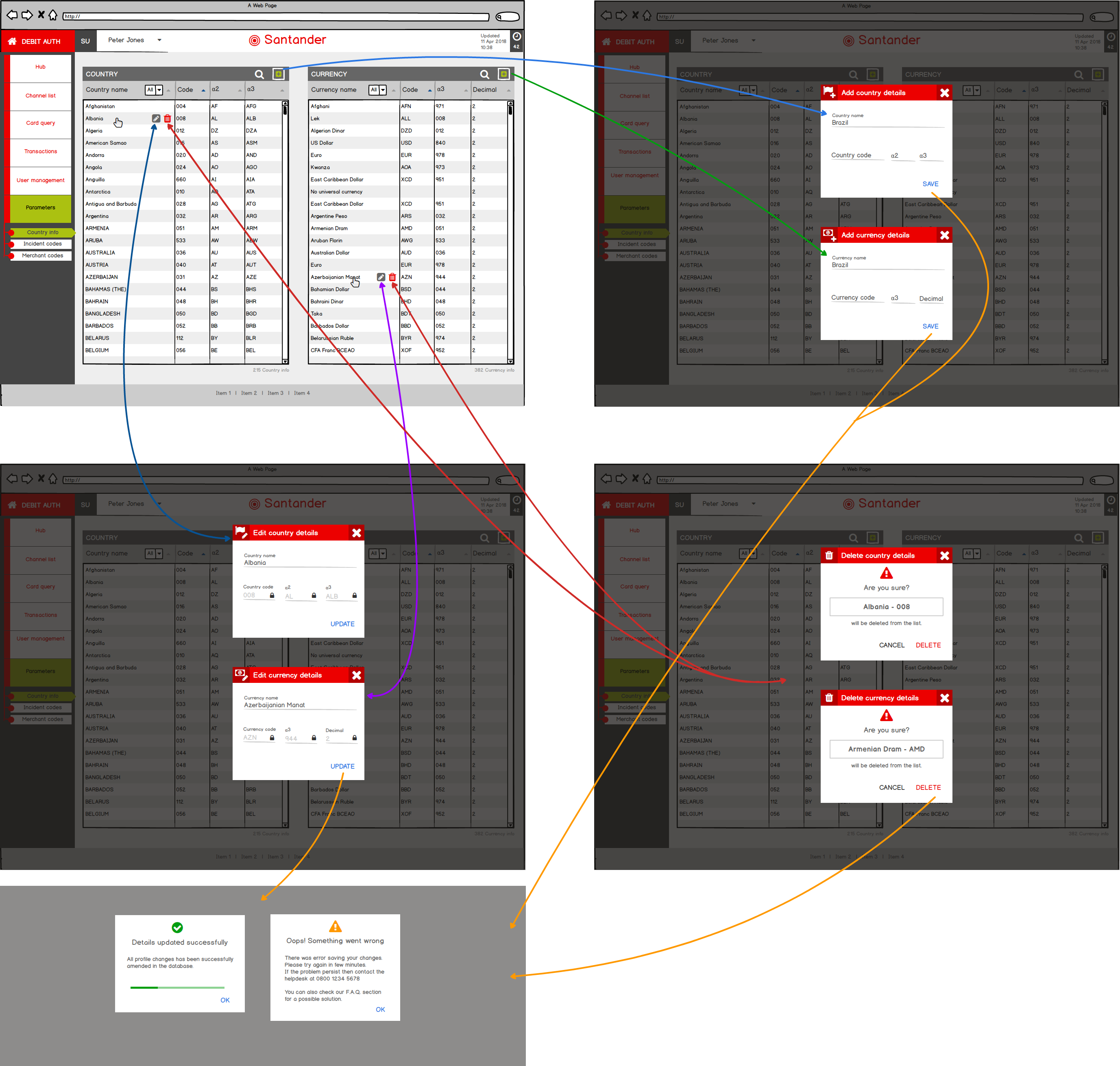 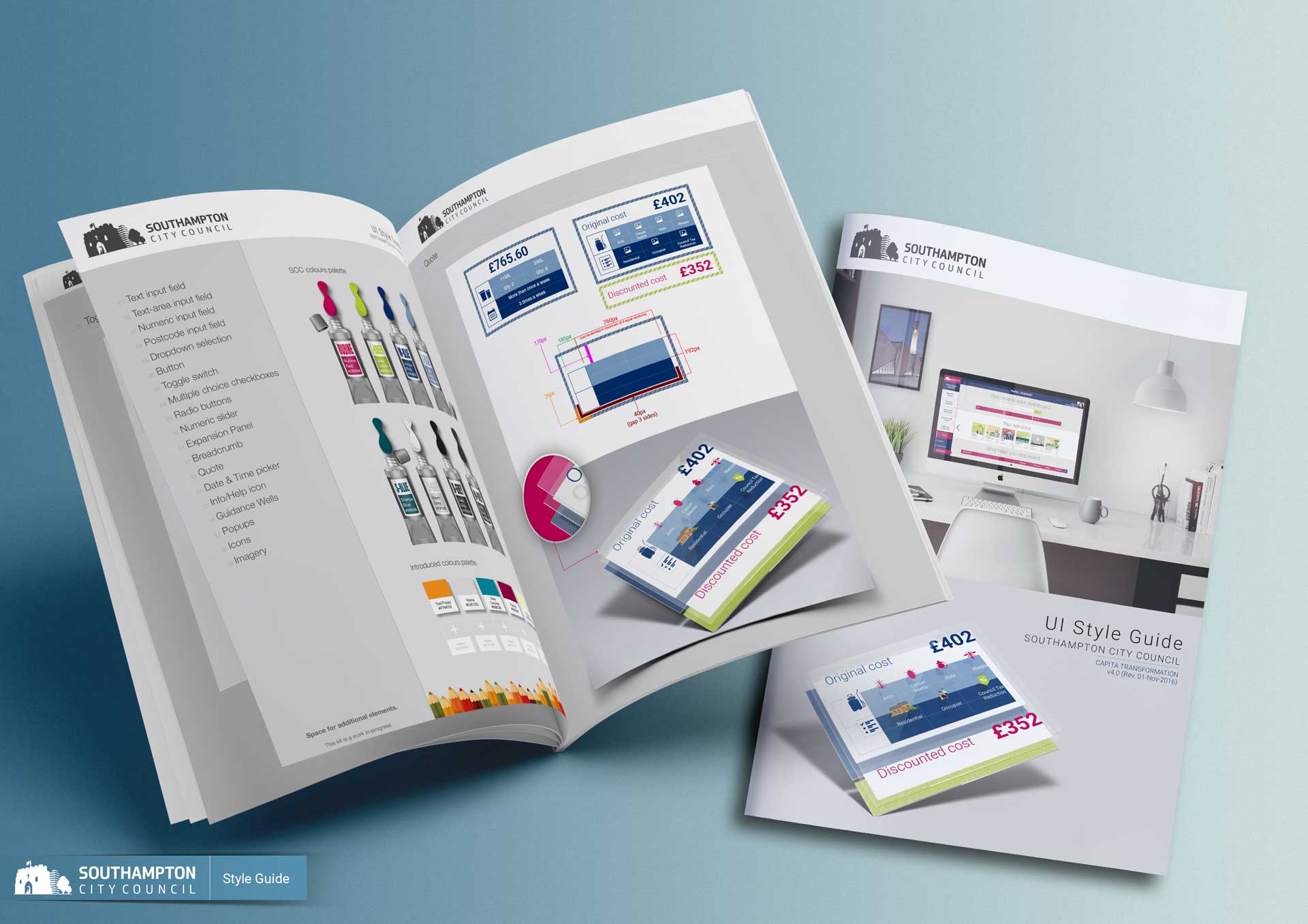 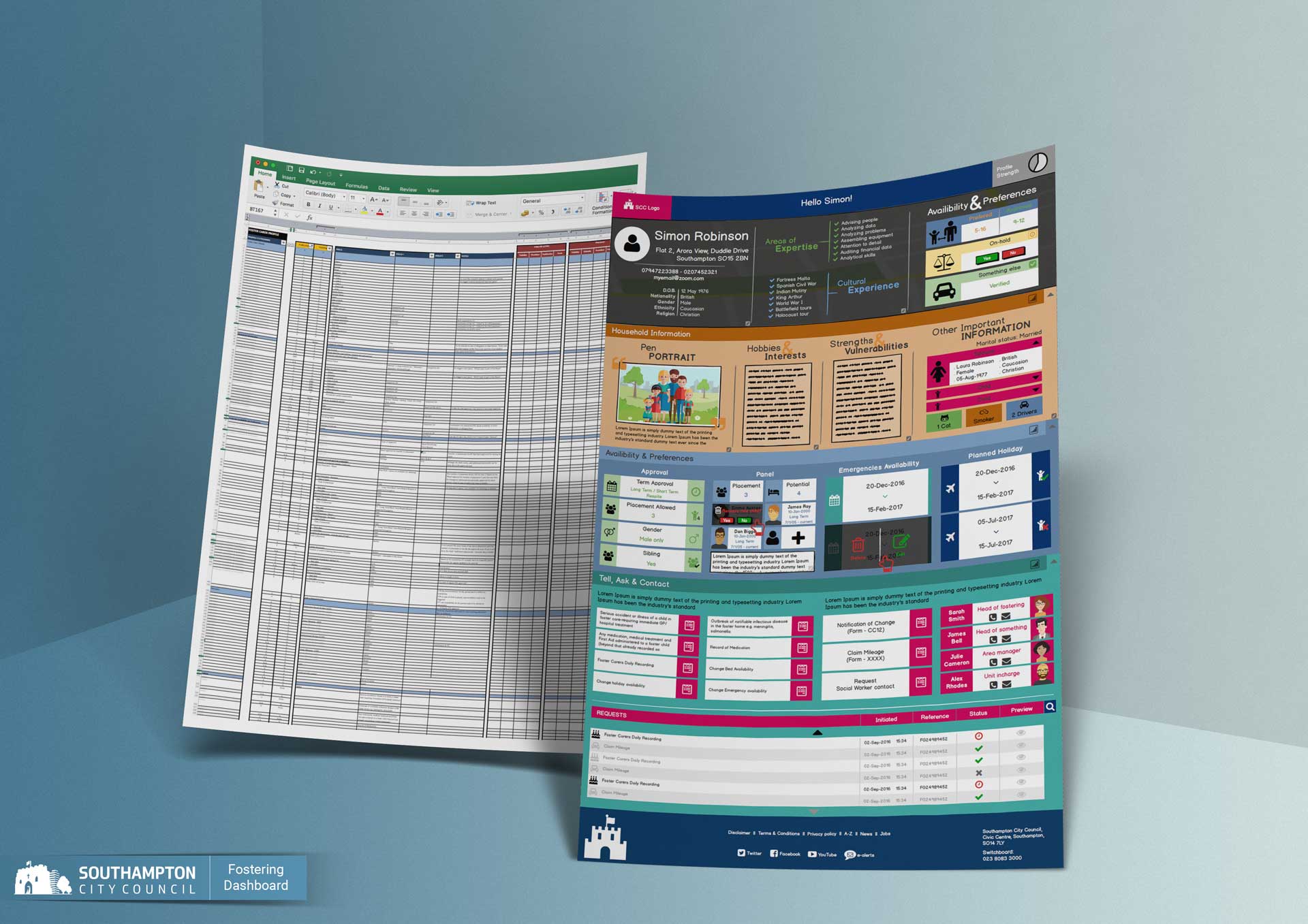 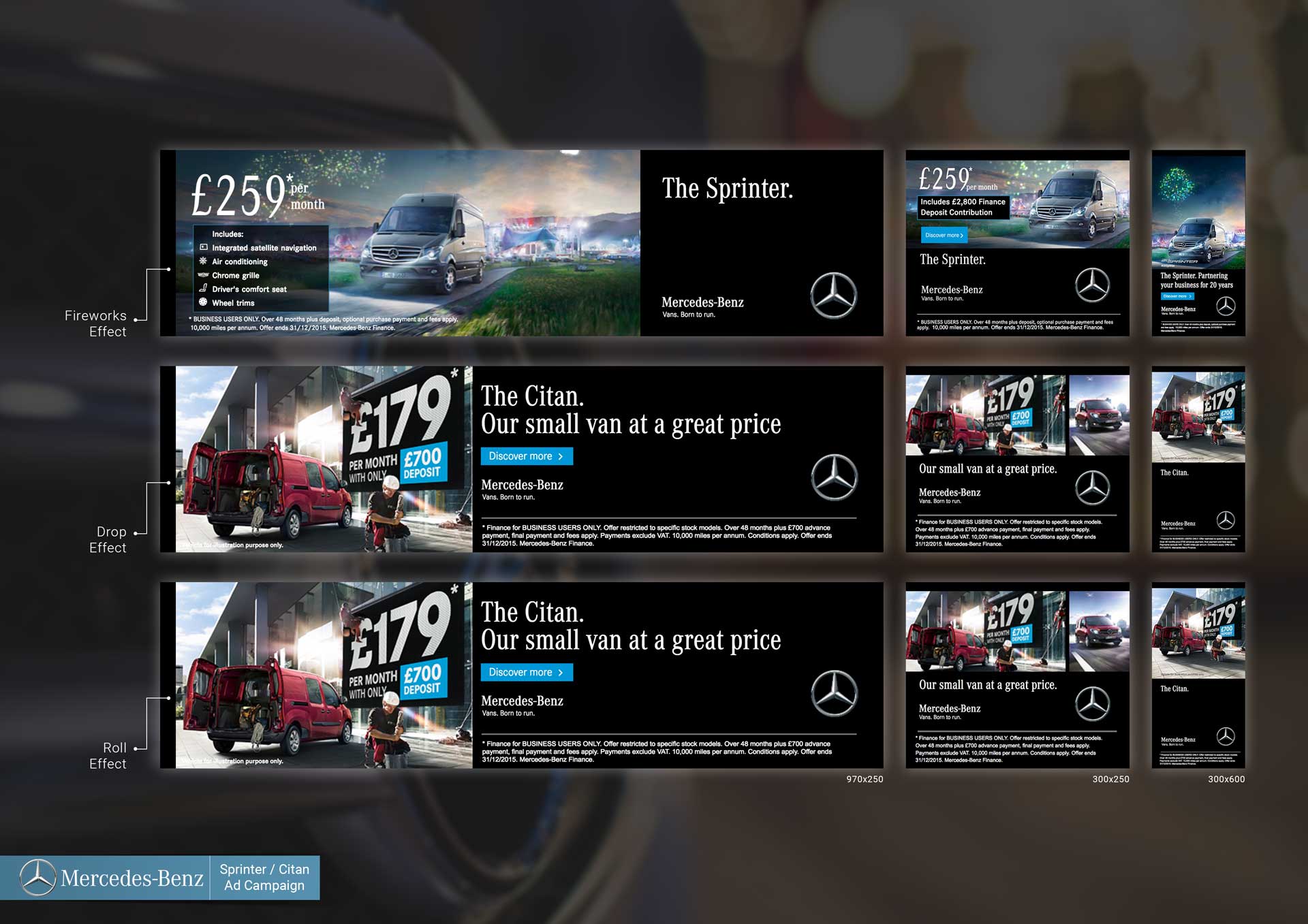 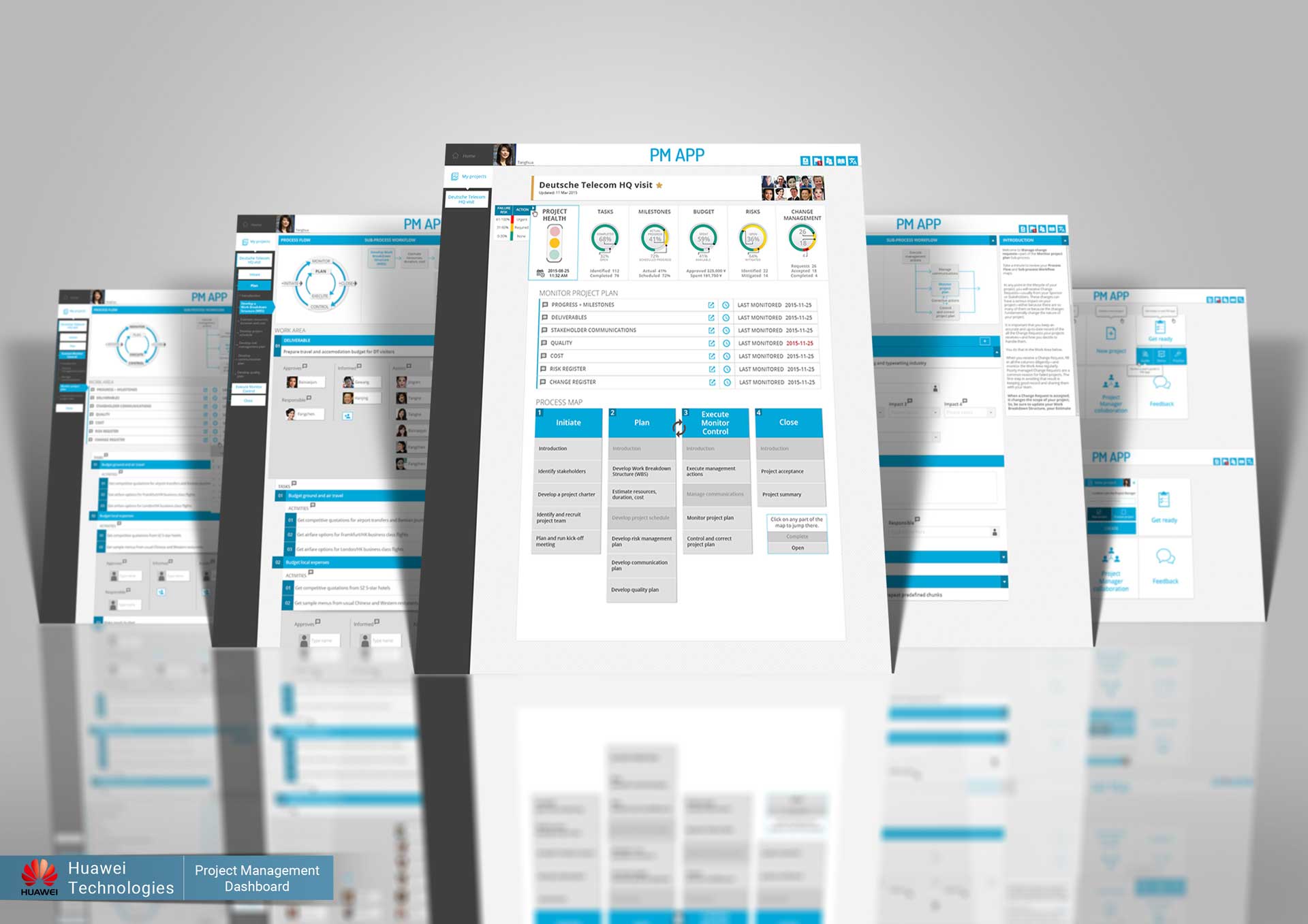 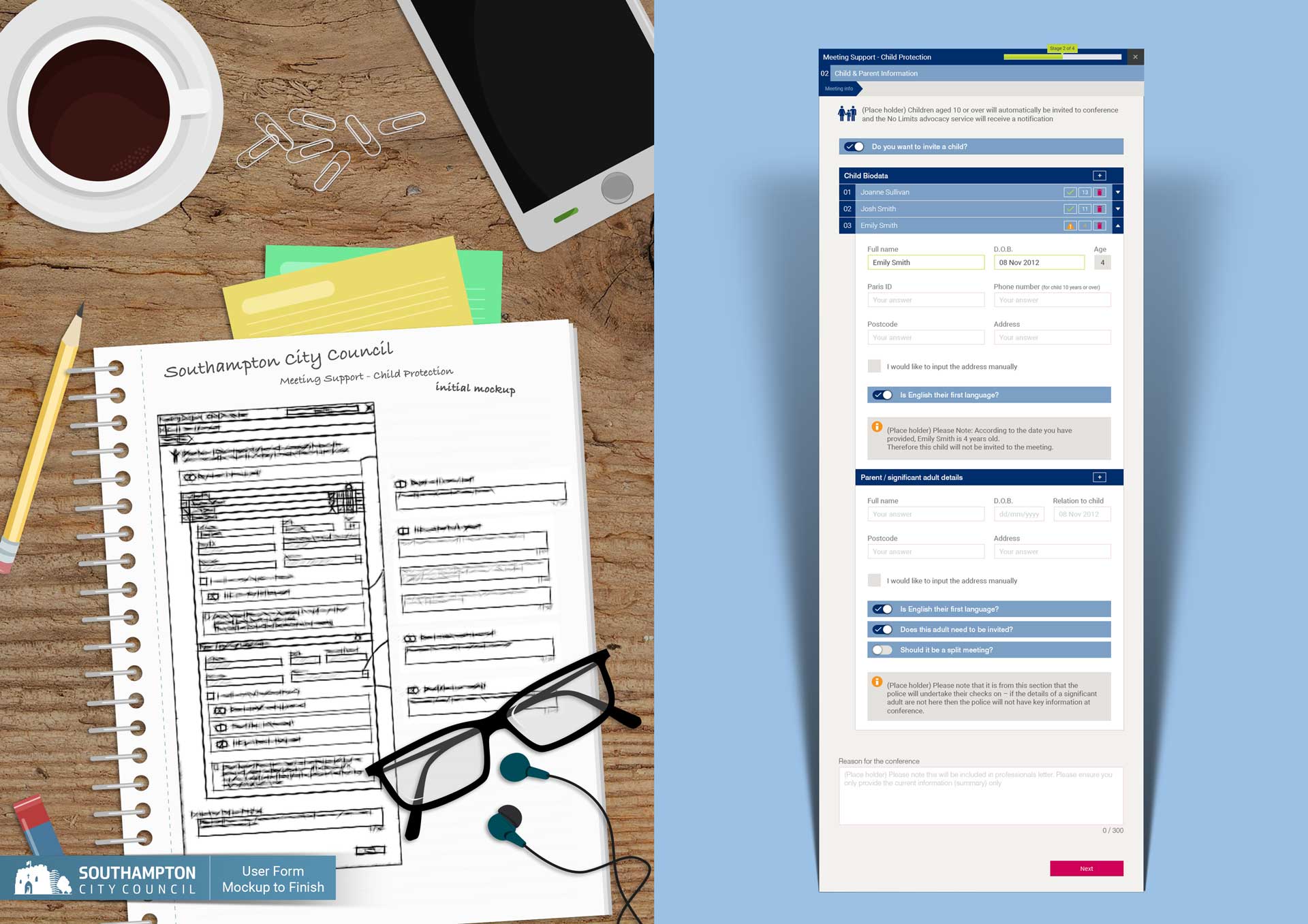 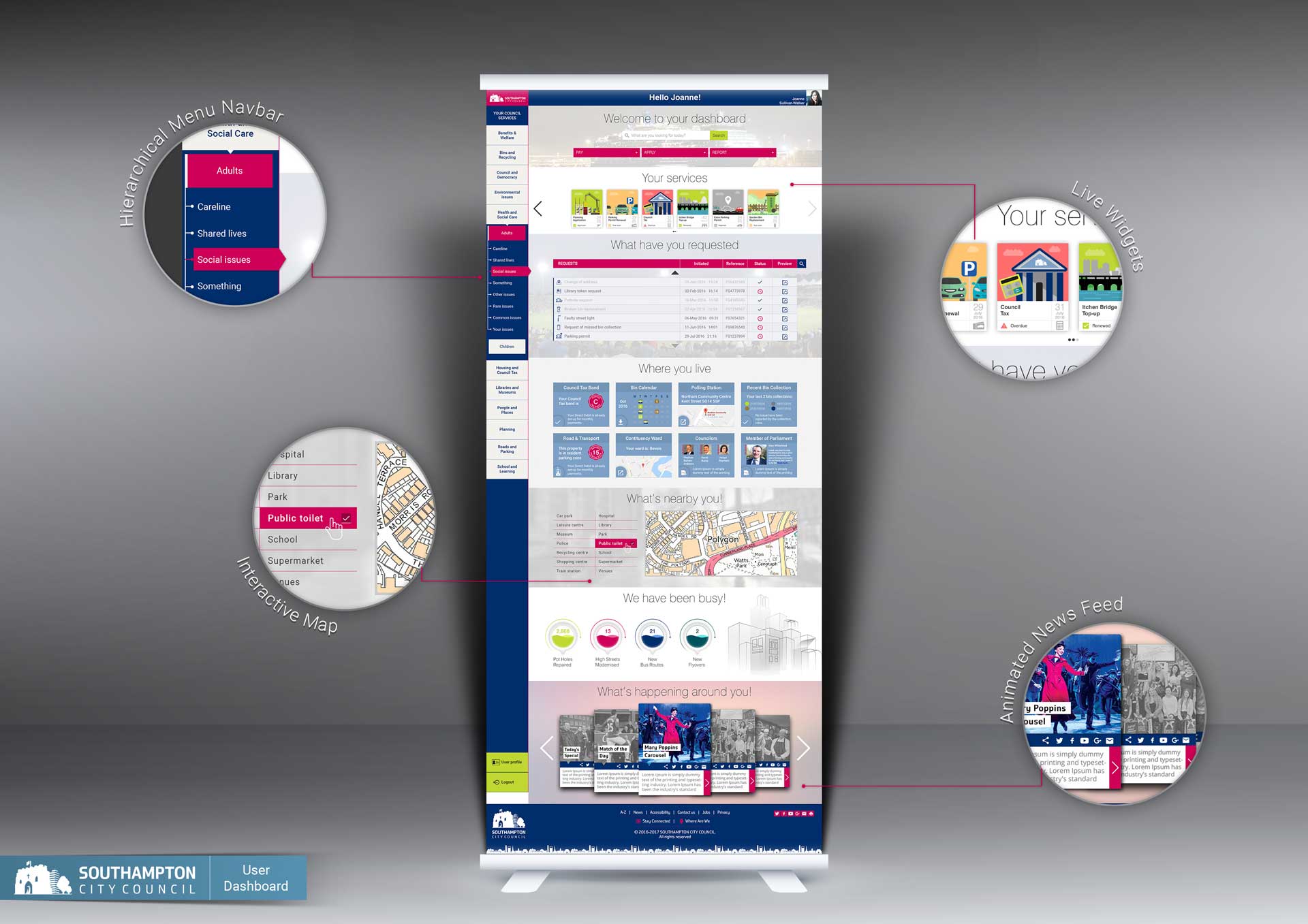 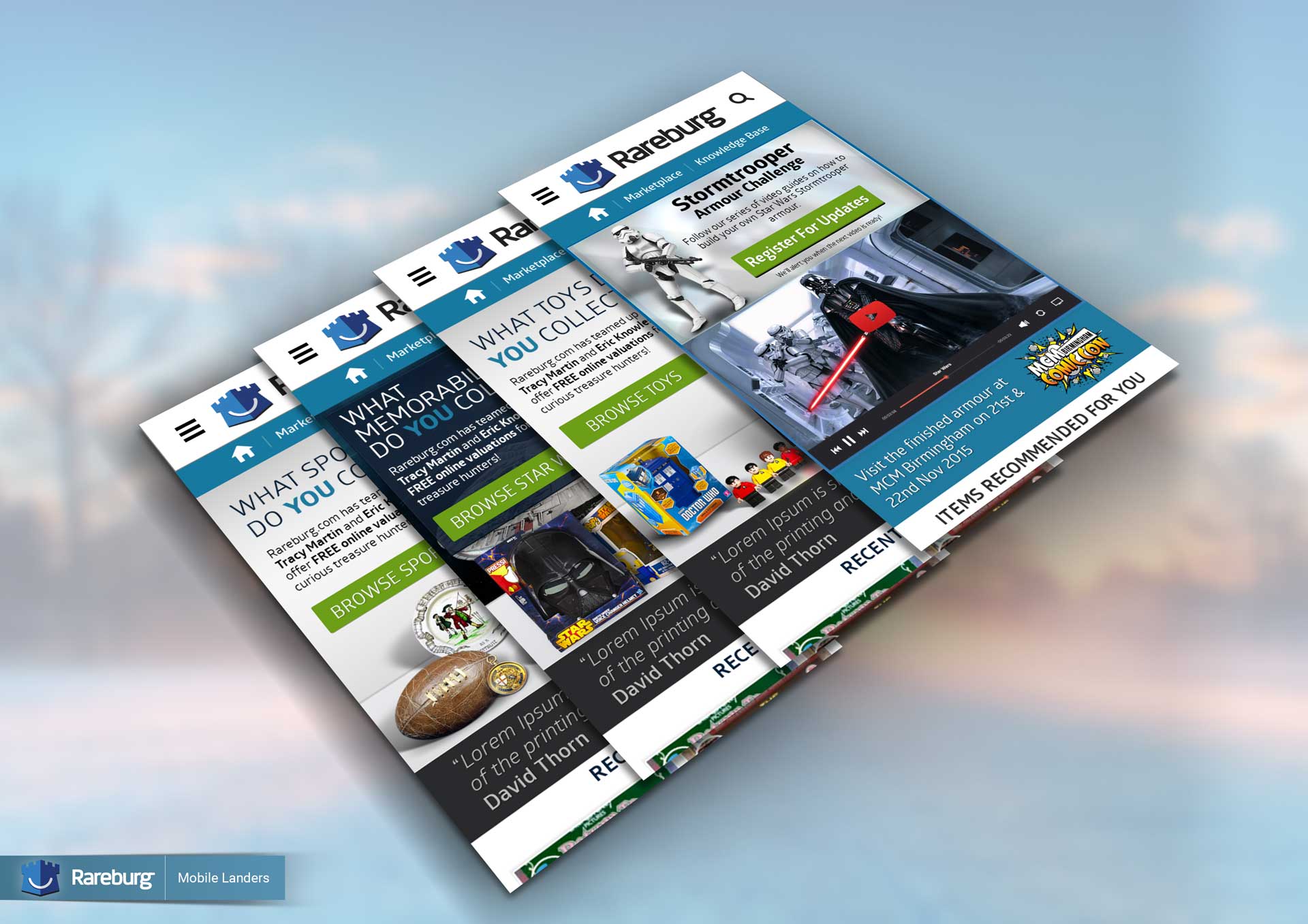 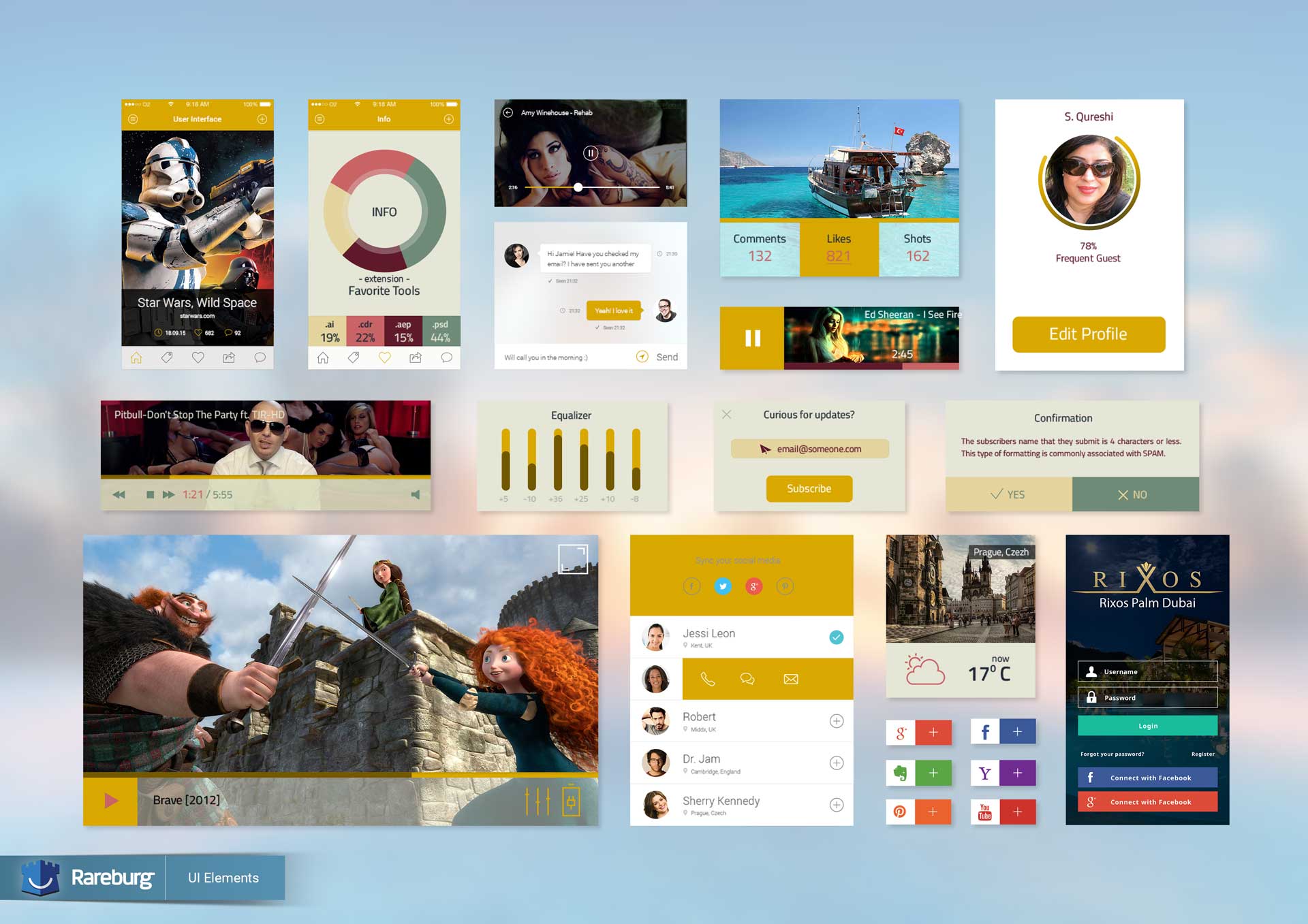 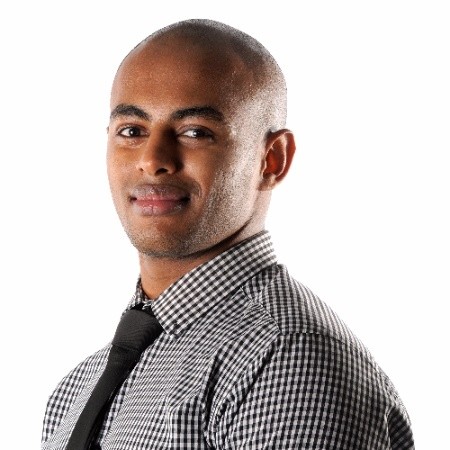 “Maarij is a passionate and talented UI/UX designer who takes great pride in his work. His designs enhanced customer satisfaction by improving the usability and ease of use.” 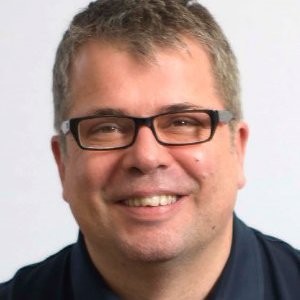 “Maarij was an invaluable part of the team during his time with Mercedes, . I was impressed with his work ethic, his attention to detail and his ability to meet tight deadlines. It was a pleasure to work with Maarij and I wish him every success.” 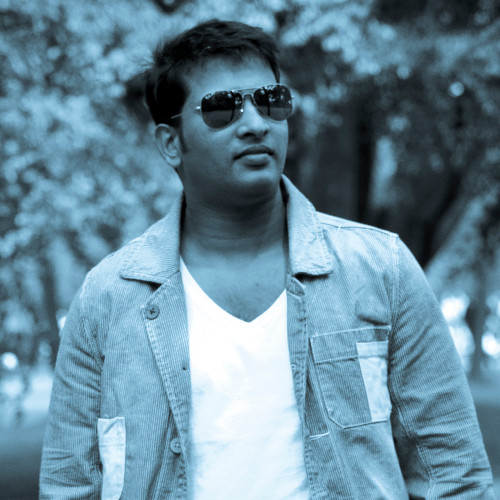 “Maarij is an energetic and enthusiastic UX/UI designer with a direct and hands-on design approach. He has always kept his end-user as his first priority whilst designing their product with robust and clear communication.” 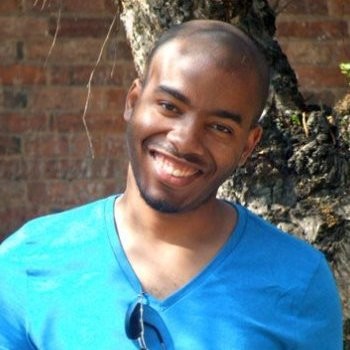 “Maarij has wide-ranging knowledge of the design industry, very pro-active, forward-thinking attitude towards embracing the latest standards and developments. He somehow manages to stay completely calm, no matter what the job throws at him.”

TELL ME MORE ABOUT YOUR PROJECT

Thanks for your interest in contacting me, please fill the form below and I will get back to you as soon as possible.
Or rather call me.